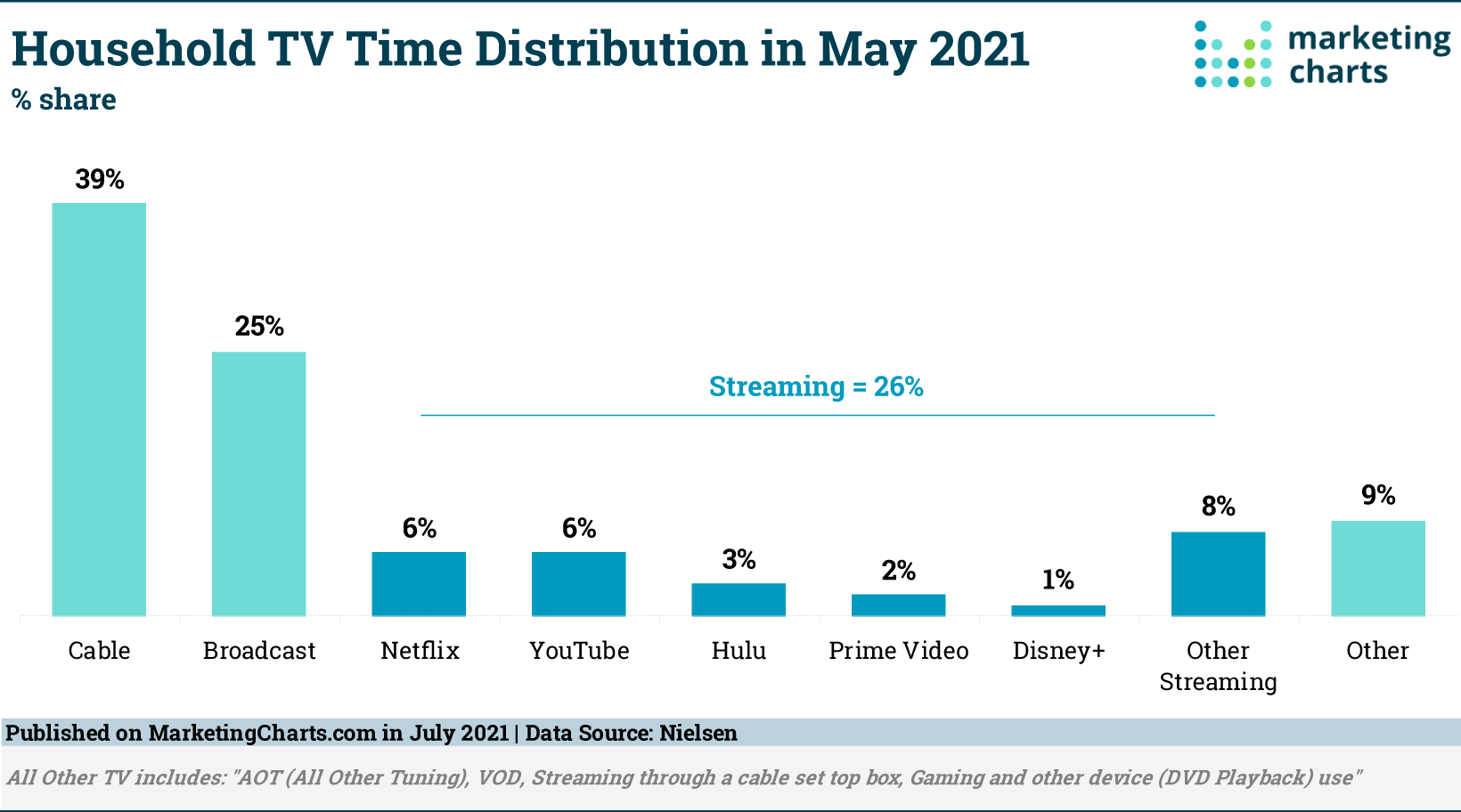 With the number of subscription video services now exceeding the number of people in the US, it’s no surprise that May 2021 data from Nielsen shows that TV households were spending more time streaming than they were watching broadcast TV.

This data from Nielsen is the first from its recently released “The Gauge” which measures total TV usage. Prior to this, Nielsen’s data on steaming was limited. As reported by The Hollywood Reporter, weekly program rankings only features Netflix, Amazon Prime, Hulu and Disney+ and only include viewing on TV sets and viewers in the US.