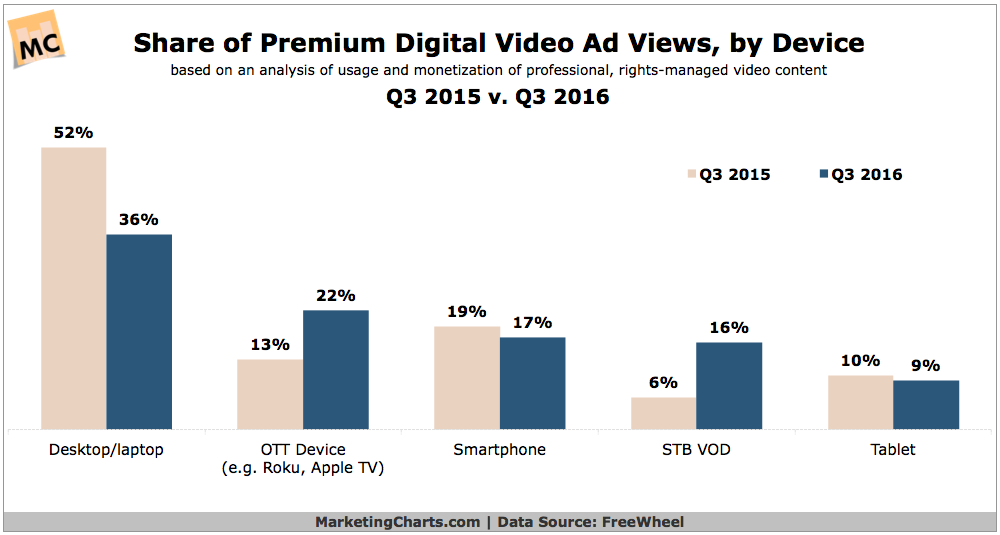 Indeed, these methods have the seen sizable year-over-year gains in share of premium digital video ad views, at the expense of all other devices. Some 22% of ad views came from OTT devices this past quarter, up from 13% in the year-earlier period, while 16% came from STB, more than double the year-earlier share (6%).

As a result, more premium digital video ad views are coming from these devices combined (38%) than from desktops and laptops (36% share).

Another signal of the migration to larger screens is a slight decline in the share of ad views coming from mobile devices, which together accounted for about one-quarter of ad views (17% smartphone; 9% tablet).

In other results from the report:

About the Data: The data set used for the report is one of the largest available on the usage and monetization of professional, rights-managed video content, and is comprised of more than 160 billion video views in 2015 and 47 billion video views for Q3 2016.