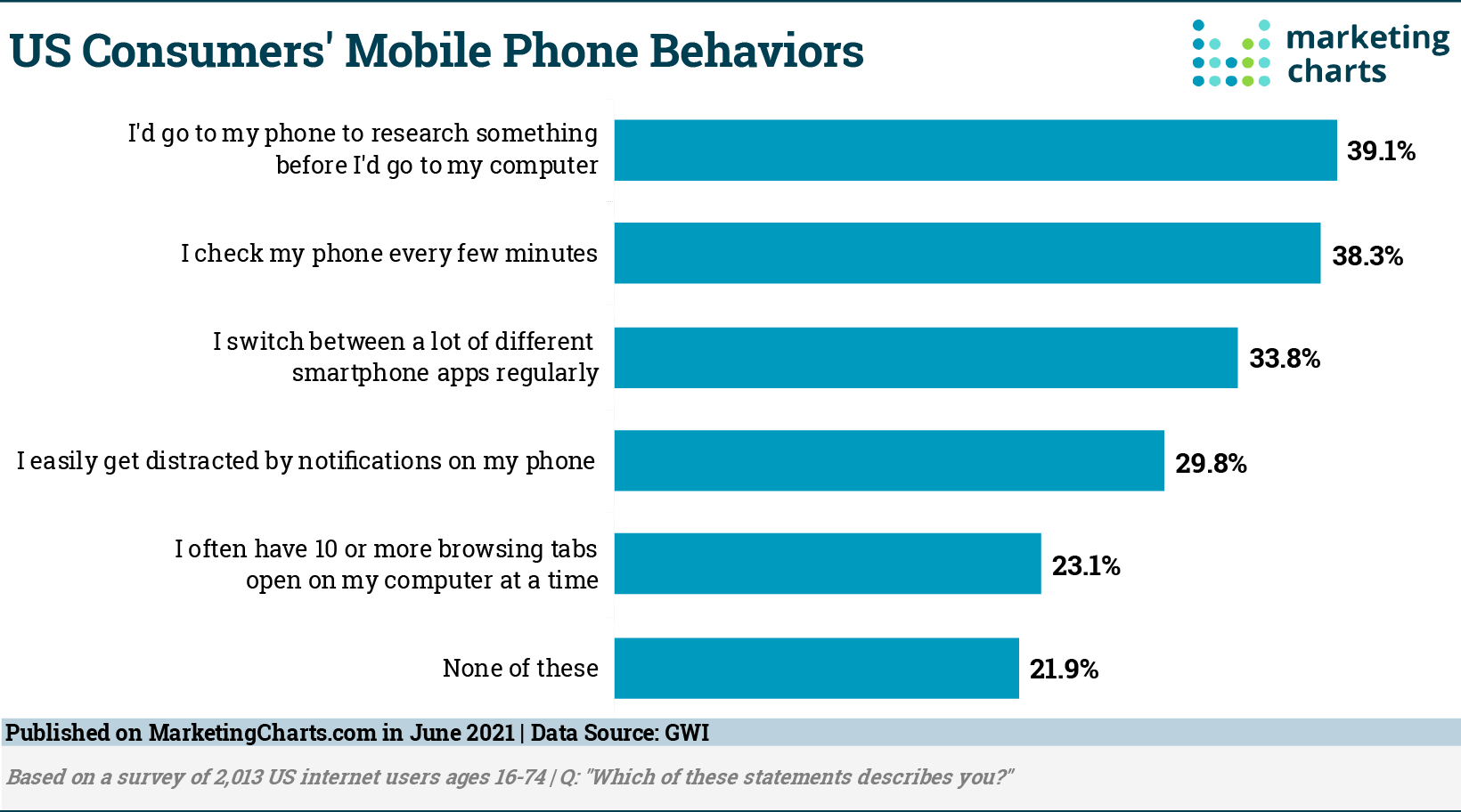 The advent of the smartphone changed a lot for consumers and the way they do things. Whether it be streaming music while they work out, watching their favorite TV shows on public transport, or using apps to communicate, shop or find their way around town, smartphones have put just about everything at consumers’ fingertips on a device that fits in their pocket. It’s also made some US internet users reliant on the device, with data from GlobalWebIndex (GWI) showing that some 38.3% check their phone every few minutes.

Mobile apps are big business, with global spending on Apple’s App Store and Google Play reaching $31.8 billion in the first quarter this year. These apps are keeping consumers occupied — about one-third (33.8%) of respondents say they switch between a lot of different smartphone apps regularly.

Unfortunately, mobile phones can also act as a distraction for users. Some 3 in 10 (29.8%) say they are easily distracted by notifications on their phone.

Earlier research found mobile ads had the greatest ROI for retail brands. But, when it comes to online ads, in general, internet users show some mixed behaviors. Asked to identify certain ad behaviors they participated in 7 days prior to the survey, more than half (53.2%) report that they had skipped an online video ad. However, another 4 in 10 (40.2%) say they had watched an entire online video ad.